In 2010 the U.S. Navy engaged in remediation for Operable Unit (OU) 2B Installation Restoration Sites 3, 4, 11, and 21 at the Former Naval Air Station (NAS) Alameda in Alameda, California.  Site 4 (Aircraft Engine Facility) covers approximately 22.7 acres and includes Building 360, which was used for aircraft engine and airframe overhaul. Building 360 operations contributed to the existence of a large VOC plume located within OU-2B.  A portion of the plume located within Site 4, referred to as Plume 4, consists of two lobes that trend east-west through Site 4. The northernmost lobe of the plume is associated with source area 4-1.

Despite years of groundwater sampling indicating the presence of DNAPL, DNAPL could not be located or identified, impeding overall remediation of a Plume 4. Because the probability of sufficiently defining both the vertical and horizontal extent of a DNAPL zone with traditional sampling is low, site characterization was perfomed using a MIP advanced by direct-push drilling. This was followed by continuous soil core sampling and use of Sudan dye to help identify the presence of a high TCE mass (see Figure 9‑2) and, if identified, determine if this mass was DNAPL.

The MIP uses up to four detectors (PID, FID, ECD and XSD) to respond to volatile chlorinated solvent contaminants. These detectors provide responses as eV that can be used to assess the amount of contaminant mass in the subsurface. Based on years of experience in logging chlorinated solvent sites and corresponding traditional soil and groundwater sampling, levels greater than 1 x 106 to 1 x 107 uV from the PID detector may indicate contaminant mass at DNAPL levels. 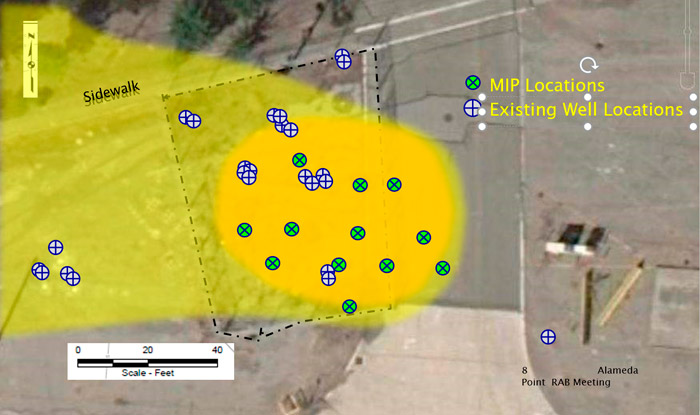 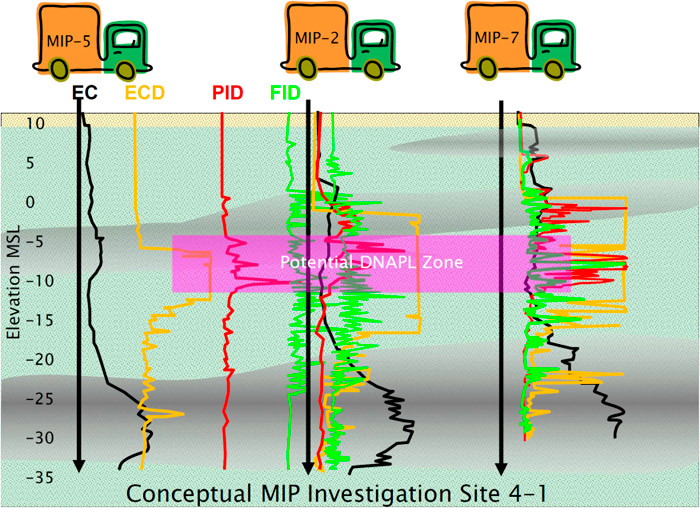 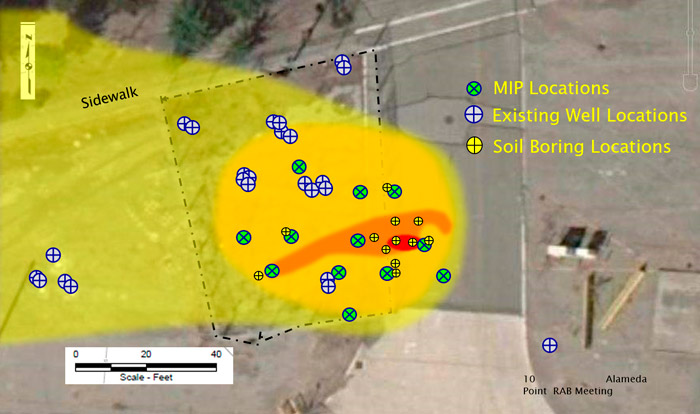 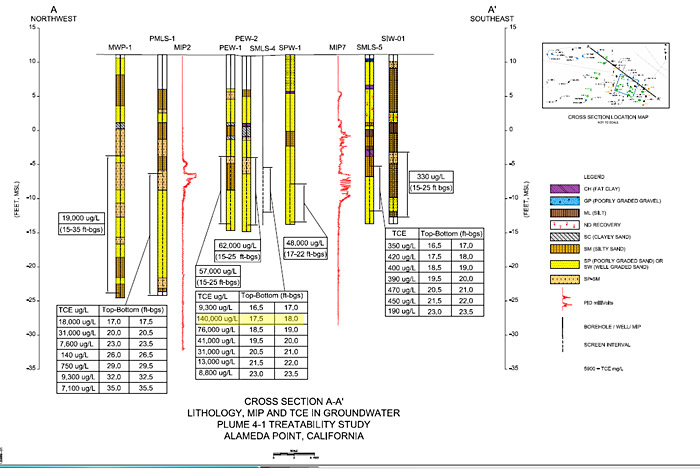 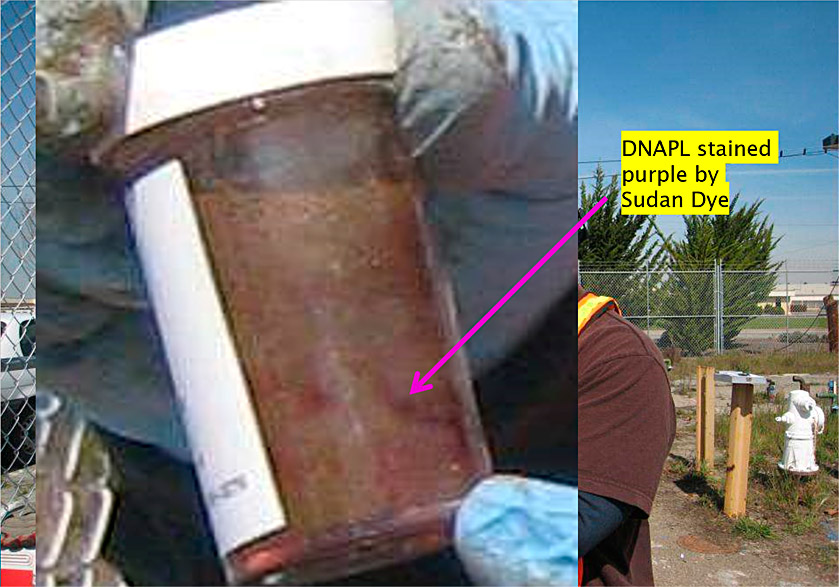 Previous attempts to locate the suspected TCE DNAPL source area were costly and unsuccessful. The cost associated with this integrated approach provided an excellent return on characterization investment. After identifying the TCE DNAPL source zone, a targeted DNAPL treatment strategy was applied, leading to expedited cleanup of the source area and plume.